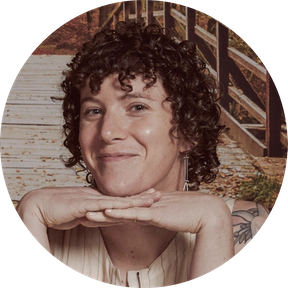 My full name is Virginia Bauman. I grew up in the rural Shenandoah Valley, Virginia. My family is rooted in Virginia and North Carolina but prior generations have lived in Ohio and Mississippi after immigrating from Switzerland and France.

I graduated with a bachelor of science in computer science from Virginia Tech in 2007, a year punctuated by the gun violence of April 16th, 2007.

I created my first company, Foodzie as the founding technologist in 2008 and we participated in the second class of Techstars. We went on to raise from First Round Capital and SoftTechVC. We moved the company to San Francisco and proceeded to make every mistake in the book. I cherish the stories from this chapter and the relationships we were able to make with so many generous people.

In 2011 I left Foodzie to create Tonx Coffee, a vertical coffee company with a small software development team out of my cofounder's apartment in Los Angeles. It was during my tenure as CEO of Tonx Coffee when I met executive coaches Jerry Colonna and Ali Schultz during a weekend retreat for first time CEOs. After validating a direct-to-consumer strategy for the coffee industry we sold to Blue Bottle Coffee Company. Our software still powers their direct to consumer commerce, internal commerce, and roastery operations. As of writing this, direct-to-consumer is their most profitable channel.

My next project was Cuties. Cuties not only served my emerging trans identity, it created space for the greater queer community in LA. Prior to COVID-19, Cuties fulfilled its mission as a for-profit brick and mortar cafe, but with an active and overflowing community tab making food and drink accessible to anyone regardless of their ability to pay. It was a place our community could return to in order to be still and inhabit themselves without apology. This project is the pride of my career. In August of 2020 I passed the ownership and leadership of the organization to my brilliant colleague Sasha Jones and she continues embodying the mission in ways I never could.

Along the way, I've mentored founders, advised early stage companies with venture ambitions and non-venture businesses. I find the technology industry to be more than a little challenging to inhabit as a marginalized individual. I know for myself, a discipline of giving back and explicitly investing in community goes a long way towards my own happiness and satisfaction. My work as a coach is deeply in alignment with this reality.

My wife, Tara Patterson, and I live with our three cats in the Blue Ridge Mountains of Asheville, North Carolina. Pieces of my heart live in the Shenandoah Valley, San Francisco, New York, Los Angeles.